Time:
11/07/2019 - 10:35 to 11/07/2019 - 12:05
Room:
304a
Type:
Proposal(Workshop / Presentation)
Coordinating organization:
National Shelter Movement
Theme:
Policy and Legislation
Language:
English
Organization Name:
National Shelter Movement （全國庇護所運動）
Organization Introduction:
The National Shelter Movement of South Africa was established in 2008 to serve as the united voice on sheltering for women and children affected by gender-based violence in South Africa. Its mission is to network, advocate and lobby provincial, national and international stakeholders in relation to enhanced service provision, legislation and capacity building on gender based violence and sheltering of abused women and their children. The Heinrich Böll Foundation (HBF) is a publicly funded institution that is affiliated with but independent from the German Green party. From its headquarters in Berlin and 30 overseas offices, including one in Cape Town South Africa, it promotes civic participation in more than 60 countries. The HBF has been active in Southern Africa (South Africa, Zimbabe and Namibia) since 1989. It promotes constructive exchanges between non-governmental organisations and democratic institutions. In South Africa, HBF concentrates on promoting civil society, human rights and gender justice, democracy and social justice, socioeconomic development, and ecological sustainability. Its human rights work focuses on gender-based violence and gender inequality; working towards the advancement of the rights of women as well as lesbian, gay, bisexual, transgender and intersex people and communities. The foundation partners with local organisations, institutions, activists, political leaders and the media.
Proposer: JoyLange
Describe your workshop/presentation (300-500 words):
The event will be hosted as a presentation, the purpose of which will be to share the findings of a number of research studies undertaken by the Heinrich Boell Foundation (HBF) and the National Shelter Movement of South Africa (NSM) which took place across the span of 3 years. The findings are associated to the “Enhancing State Responsiveness to GBV: Paying the True Costs” project. In addition to sharing of research findings and recommendations for improved responses to sheltering for abused women, the presentation will also include a short video of women's experiences of having accessed at various shelters in Cape Town, South Africa. Presenters aim to not only share their experiences but also learn from a global audience as to experiences and best practices on sheltering for women and their children.
All Speakers:
Name:
Joy Lange
Biography:
Joy Lange is an Executive Member of the National Shelter Movement of South Africa and Executive Director of St. Anne’s Homes, a short term care facility for abused, pregnant and homeless women, with their children. Joy is fulfilling her life purpose of empowering women and children who are survivors of Gender Based Violence (GBV). She studied in the field of Child and Family studies and is passionate about the upliftment and transformation of communities as well as lobbying and advocating on GBV issues on a local, national and international platforms. 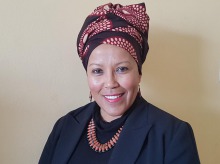 Name:
Claudia Lopes
Biography:
Claudia Lopes is a women’s rights activist with more than 15 years of experience specifically advocating on issues related to violence against women. A postgraduate degree in Psychology led to a specialization in supporting female victims of trauma and violence in South Africa and, for a short stint, in the United Kingdom where she worked at a domestic violence centre and a refuge/shelter for women. Claudia works at the Cape Town office of the Heinrich Böll Foundation (HBF) in South Africa as its Research and Publications Manager with a particular focus on topics related to gender justice. Since joining HBF in 2011, Claudia has managed various projects and produced various studies and publications which have contributed to lobbying and advocacy efforts to strengthening the South African states response to GBV overall and more recently, to the provision of sheltering for abused women and their children. 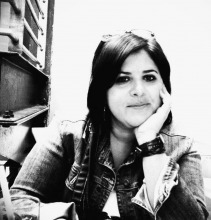 Name:
Maria de lurdes Lodi rissini
Biography:
Maria de Lurdes Lodi Rissini, is an Italian National, born in Brazil and residing in Johannesburg, South Africa. She is a Religious Sisters belonging to the Scalabrinian Missionaries Sisters Congregation.
Sr. Maria is a Social Worker specializing in the area of Migration, Social Exclusion and Politics for Integration where she studied at the National University for Education in Spain. She has formation on human mobility and intercultural mediation, capacity-building in the management of clients with mental health illness as well as working with victims of trauma and torture.
She has 35 years of experience in working in the area of Migration and especially with the most vulnerable women and children. She has 10 years of experience working in Caritas and 8 years working in various shelters in the Catholic Church. Most of her life has been in the area of leadership and human promotion in countries such as Brazil, Italy, Philippines, Spain and now in South Africa. She holds the position as National Coordinator of Caritas and the Office of Migrants and Refugees. She can speak Italian, Portuguese, Spanish and English.

Slides:
You are using an outdated browser
For a better experience using this site, please upgrade to a modern web browser.