Time:
11/07/2019 - 10:35 to 11/07/2019 - 12:05
Room:
303a
Type:
Proposal(Workshop / Presentation)
Coordinating organization:
香港大學法律學院
Theme:
Art and Advocacy
Language:
English
Organization Name:
Law School, The University of Hong Kong (HKU) (香港大學法律學院)
Proposer: yizhihku
Describe your workshop/presentation (300-500 words):
Terminating sexual violence is inevitably attached to the recognition of law, and the involvement of lawyers. Through communication with lawyers from the United States, Taiwan, Hong Kong, Macau, and Mainland China, we have observed the importance of lawyers in participating anti-sexual violence advocacy. Therefore, this workshop aims to bring attention to the role of lawyers in anti-sexual violence advocacy, and how to provide them with training. The workshop will discuss the different roles the lawyers play in different region under varying legislative frameworks by looking at individual case studies, their impact in the advocacy works, and the training required. We will invite 4 or 5 lawyer and activists from different regions to share their involvement in anti-domestic violence, sexual harassment, sexual assault cases, and experiences and challenges in promoting related legislations. After the sharing from our guests, there would be a discussion surrounding lawyers’ involvement in realizing anti-sexual violence and its challenges.

反對性別暴力離不開法律的保障和律師的參與。通過與美國、台灣、香港、澳門、中國大陸等不同地區的交流，我們看到了律師在參與反對性別暴力倡議中的重要性。鑑於此，工作坊將關注在反對性別暴力倡議中律師的角色和作用以及應該如何為律師提供培力。工作坊將討論不同地區不同反對性別暴力法律框架下，律師在個案和政策倡導中扮演的角色和發揮的作用，以及律師們在參與倡議中所需要的能力。我們將邀請4-5位來自不同地區的律師和行动者(Activists)分享其在參與反家暴、性騷擾、性侵具體案件以及推動相關法律政策改變方面的經驗和遇到的挑戰，在分享之後，協作者將帶領現場參與者圍繞律師參與性別暴力實踐的問題進行討論。
All Speakers:
Name:
Yizhi Huang
Biography:
Ms. Yizhi Huang graduated from law school of Tsinghua University in 2007 and admitted to Chinese Bar in June 2009. She had been working at a rights-advocacy NGO for 6 years and responsible for the implementation of many projects, such as “Advocacy for Anti-Discrimination Law”. She has coordinated and presented in many public interest cases, including high impact cases on hepatitis B discrimination, a collective case on disabilities rights, the first case on genetic discrimination in China, the first case on gender employment discrimination (one of China's top ten public interest litigation in 2012), as well as the case against a police bureau in Beijing for Hukou registration (one of China's top ten public interest litigation in 2013). She obtained her master degree on human rights law from the University of Hong Kong in 2015. Following this, she worked as Senior Research Assistant of Professor Fu Hualing to conduct the research on human rights lawyers and organize activities for lawyers on topical issues. She is in charge of the Equal Rights Project which provides trainings, workshops, and study trips for lawyers, students of law school, and NGO activists. 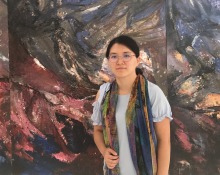 Name:
Linda Wong
Biography:
Barrister-at-law LLB (HKU), PCLL (HKU), LLM (U. Sydney)
Linda has been a practising barrister in Hong Kong since 2004. She has a broad practice which includes both civil and criminal, with substantial practice in human rights related cases concerning freedom of expression, right to equality, gender discrimination, administrative and constitutional law, and judicial review etc. Apart from working as a lawyer, she is also a Part-time Lecturer teaching ‘Gender and Law’ in two local universities. Over the years, she has been a vocal supporter and advocate of human rights issues, with particular interest in gender equality and women’s rights. She has the experience of handling cases and conducting trainings concerning sexual harassment, gender discrimination, sexual violence, same-sex marriage etc. As early as in late 1990s, she, together with students from different universities, formed a group called ‘Gutsy Women’ to address specifically sexual harassment issues in universities and advocate for gender equality in society. In 2006-2007, she joined the Alliance in advocating and proposing amendments to the domestic violence legislation. In 2006 and 2014, she attended the UN CEDAW Committee’s hearings with other local NGOs to make submission on the issues of domestic violence and sexual violence against women. Currently, she serves as a board member of the Association Concerning Sexual Violence Against Women, Rainlily and the Chair of HER Fund. 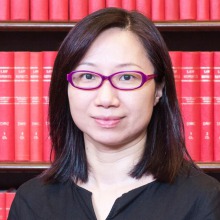 Name:
Jing Xiong
Biography:
M.A. of Gender Studies at the Chinese University of Hong Kong. She has been involved in the Chinese feminist movement since 2011 and is currently working at the Equal Rights Project affiliated to Law School in the University of Hong Kong. From 2011 to 2018, she has served as editor and executive director of Feminist Voices. She has expertise in social media communication, online mobilization and youth community organization. 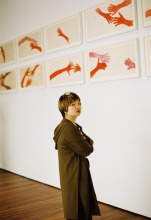 Name:
Laurie Lin
Biography:
Laurie’s experience in the gender equality sector includes organizing dialogues and conferences that address gender dynamics in marriage and workplace, leading prevention workshops on healthy dating to Chinese high schoolers, supporting survivors of domestic violence, provide workshop training to a nonprofit fighting sex-trafficking, and volunteered as a phone operator for a crisis hotline in Shanghai. Her passion for gender equality and women empowerment kindled when she could find limited help for her family member who’s been in a 20-year abusive marriage in Shanghai and meeting a rural young woman who did not know she was pregnant and did not know she had nonconsensual sex.
Laurie is from California and relocated to Shanghai in 2006 to manage the first organic
food retail store in China. She also worked in three U.S. top hundred law firms to setup
representative offices in Shanghai and support the Partners. Laurie was most recently a Program Manager at Social Venture Group, managing a team of seven to launch a vocational training program and conduct M&E. Laurie holds a Bachelors in Business Administration from Boston University.

Slides:
You are using an outdated browser
For a better experience using this site, please upgrade to a modern web browser.