Status of Shelter Home in Odisha and Quality of Services be provided through network intervention. （奧里薩邦庇護之家的現況及透過網絡干預提供的服務品質）

Time:
11/06/2019 - 13:45 to 11/06/2019 - 15:15
Room:
304a
Type:
Proposal(Workshop / Presentation)
Coordinating organization:
Project Swarajya
Theme:
New Methods in Shelter Management and Social Work
Language:
English
Organization Name:
Project Swarajya （自治計畫）
Organization Introduction:
Project Swarajya is a non-profit non-government state level Organisation registered under S.R.Act 1860 and FCR Act 1976. It was set up in 1988 and got registered in 1999. Since then it has remained engaged in multifarious social welfare activities, studies and projects to strengthen the voice of the poor, marginalized and disadvantaged sections of society.

The Organisation is governed by a General Body consisting of 11 members, 5 of whom are members of the Executive Committee to look after day-to-day management of its affairs. The Honorary President of the Organisation is a well known Dalit leader of the State. Eight members of the organisation are women. This gives the organization dominance to bring gender sensitivity in all its activities, campaigns, service delivery, and influencing opinion leaders to build a plural and just society. All the members have a minimum qualification of being a graduate. They belong to different walks of life, social service, research, entrepreneurship, law and private job.

The issues and projects the Organisation takes up are of National and State level significance, but operationalised in two districts of Orissa, viz. Cuttack and Kendrapara.

The core activities of the organization are: drug abuse prevention, women empowerment, enforcement of consumer rights, social justice for the economically and social weak sections of society. These programmes encompass activities at the micro-micro level that fulfill larger developmental concerns; such as, coastal ecology, protection of endangered species, promotion of youth leadership, welfare of the physically and mentally handicapped, upliftment of backward classes and tribal, improvement of adolescence and reproductive health, legal literacy and legal aid for the poor, mainstreaming of the street children, integrated welfare of the child labour, promotion of alternative education, vocational training and designing and dissemination of appropriate technologies, promotion of cultural activity and prevention of HIV/AIDS etc.

Among the major projects of the Organisation are running two Drug Deaddiction Centres in the State, managing Swadhar Greh (Short Stay Home for Women and Girls in distress) and preventive awareness and action against the trafficking of women and girls, and improving gender relations (case specific) Special Schools for Child Labour and Street Children. Activities in the past include conservation of endangered marine species like Olive Ridley sea turtles, Horse shoe crabs and Sea Turtles, Scavenger liberation in Cuttack city, Appropriate technologies like Fish Drying Racks, Fish Aggregating Devices, Turtle Excluder Device, Trawl Guard, Fish Pickling, Paddy-cum-Fish Farming in water-logged areas, survey and protection of mangrove forests and moreover TRYSEM for fisher women and girls in coastal villages. Besides, the organization has made victory on various cases of women and dalit atrocity, PIL for environment protection etc.

The Organisation is supported by various Government and external agencies along with individual donors for carrying out its multifarious programmes in the past.

The Organisation has also brought out a number of publications, based upon its research, studies and project-based activities.

Proposer: Dolli Dash
Describe your workshop/presentation (300-500 words):
Why do we think of a shelter need for women in a developing and advanced society? Because Howsoever much society is advancing towards an ultra-modernized and civilised world the vulnerability of women and children is also growing in tune with modernisation. As per crime record bureau the violence against women and children is increasing every day. Inaccessible public bodies with inadequate and unsustainable infrastructures are not ready to accommodate the victim of violence. Weak protection mechanism of family and community results in women and children becoming homeless and abandoned.
The origin of shelter home for women in India has come in 1953 through establishment of Central Social Welfare Board by a resolution passed by Parliament, with the objectives of; Family Counselling Centre and Shelter Homes (Short Stay Home) for destitute women in order to protect the safety and security of women and children. Later in 2015 the scheme merged with central sector schemes of Govt of India, Ministry of Women and Child Development as Swadhar Greh. Presently 477 Swadhar Greh are functioning throughout the country.
Before the advent of Shelter Homes, it was only the widowed who were deserted and abandoned by their relatives and family members that were given shelter in shrines, temples, and charitable institutions using a “soup kitchen” welfare approach. The approach has since changed to an “entitlement” approach and integrated to women empowerment through self help group (SHG).
Amartya Sen has discussed at length Social Exclusion, when persons are forced to hang their heads in shame and are deprived of their entitlements. Networking Shelter Homes intervention is prior requirement to end Social Exclusion, and improve access of violence victims to (1) law enforcement, (2) Human Rights measures, (3) Public Health system, (4) Social Capital of the community and (5) Conflict transformation mechanisms. These enablers would also facilitate fair and smooth management of shelter homes in our country.
What makes providing access really difficult is the issue of Homelessness. “The Universal Declaration of Human Rights defines 'homeless' as those who do not live in a regular residence due to lack of adequate housing, safety, and availability. India defines 'homeless' as those who do not live in Census houses, but rather stay on pavements, roadsides, railway platforms, staircases, temples, streets, in pipes, or other open spaces.[1] There are 1.77 million homeless people in India, or 0.15% of the country's total population, according to the 2011 census, consisting of single men, women, mothers, the elderly, and the disabled. There are 18 million street children in India, the largest number of any country in the world, with 11 million being urban.”(the information is collected from Wikipedia).
One outcome of networking Shelter Homes is to improve Quality of Service. Low social sector spending by Union Govt, unskilled and under qualified staff members, non-professional management, corruption in administration and NGO level are the root cause of poor quality of services.
So there is imperative need to build up a shelter home network which would create significant social impact on communities by restoring Social Capital of shelter inmates. This is the proper forum in which my organisation can raise the voice to draw global attention and convert shelter residents from being beneficiaries of a “better deal” to becoming change agents.

All Speakers:
Name:
Dalli Dash Secretary of Project Swarajya
Biography:
Mrs Dolli Dash (Master in Social Work) is a human rights activist working over last three decades to ensure the social security and human rights of women, children and depressed castes and classes in Odisha. She is fighting against drug abuse and alcoholism, which is major cause of violence against women and children in Odisha. She is engaged in building of lobby and advocacy in implementation of laws related to reducing violence against women and children. She has investigated hundreds of atrocity cases and found solutions for many of them, such as, victims of trafficking, sexual and domestic violence, drug and alcohol addicts etc. She has helped community people to set up Gender Clubs in educational institutions and schools to reduce girl child marriage in local area. These Gender Clubs have become the nucleus of discussion and action for a wide variety of socially important causes. She was a member of Child Welfare Committee constituted under Juvenile Justice (Care & Protection) Act 2000. Presently she is also serving as honorary members of official committees of several departments of both state and central government. She has published and authored a series of books articles, short stories, poems, reports and audio-visual aids on women empowerment, raising voice against violence on women and children, drug abuse, consumer rights in both Odiya and English language. She is a familiar figure on media such as Radio and TV to present a gendered view on topics of current interest, ranging from politics and choices for women. Currently she heads the organization Project Swarajya, steering its Social Reformist course in the path of Gender Sensitive approaches.

As an institutional member of National Alliance for Women Organisations (NAWO), she maintains a District Resources Centre as a node for networking with other women organisations, shelter homes, consumer forums, and Civil Society Organisations. A few of the CSOs have been started by her, and handed over to worthy successors. Grooming young leaders from among the CSOs and educational institutions is her passion. 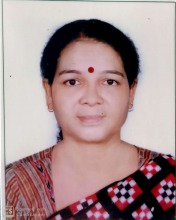 status_of_shelter_home_and_network_intervention_final.pdf
You are using an outdated browser
For a better experience using this site, please upgrade to a modern web browser.