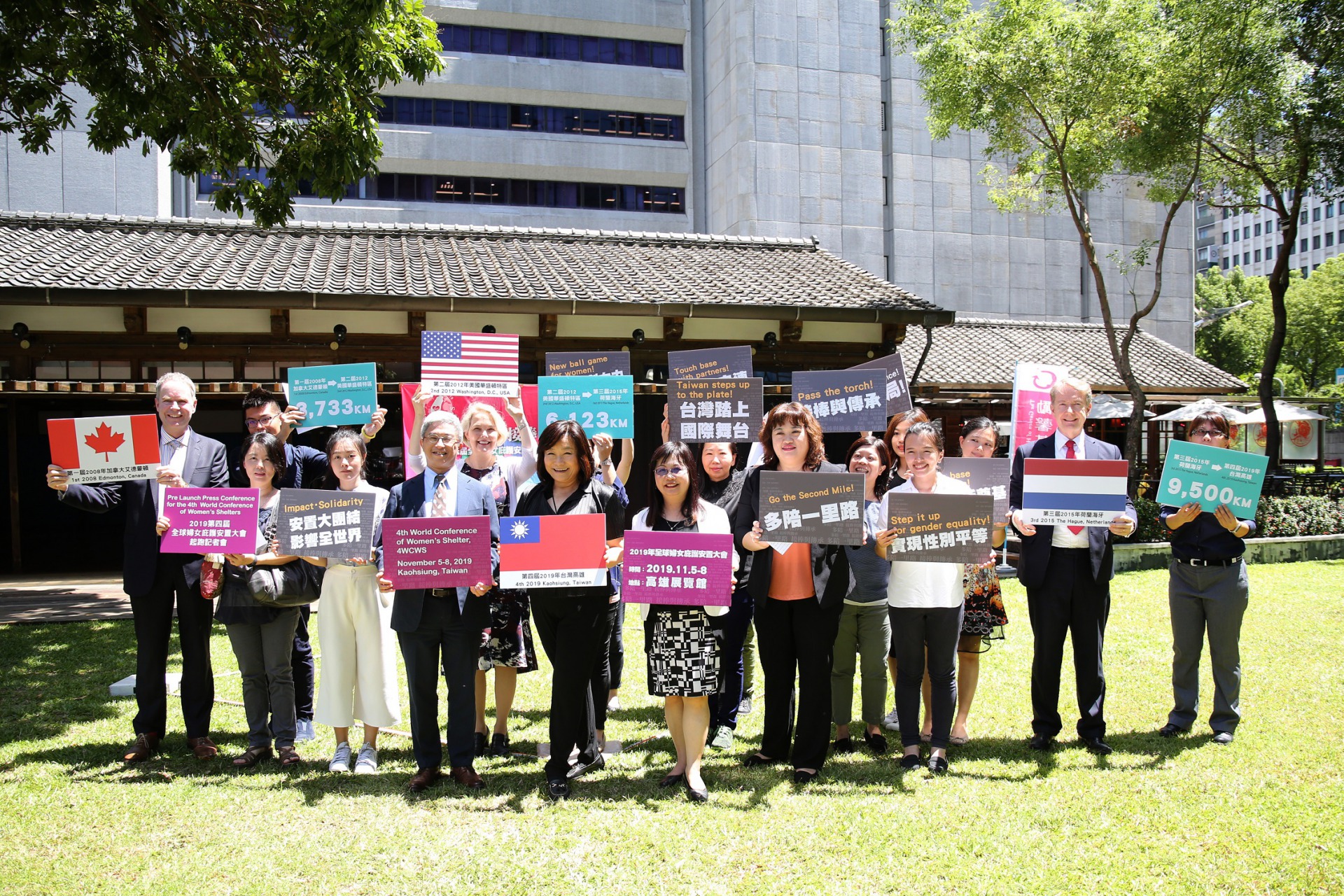 The Garden of Hope Foundation in cooperation with other Taiwanese partner organizations held a press conference in Taipei today to announce the dates and the venue of the 4th World Conference of Women’s Shelters (4WCWS) and launch the new website for the conference.

Held at the beautiful Rose Historic Site in central Taipei, the press conference was attended by representatives from the Taiwanese government as well as the Canadian, US and Dutch trade offices to hand the torch from the host nations of the previous three World Conferences to Taiwan.

Because all four hosts are baseballing nations, the press conference had a baseball theme, with representatives of the four countries walking around a mini baseball diamond in a symbol of bringing the 4th World Conference of Women’s Shelters to Taiwan on the home plate.

Chi Hui-Jung said, “4WCWS will bring together governments, corporations and NGOs to discuss the latest developments in shelter services and violence prevention programs. A strong network of women’s shelters helps pool knowledge, resources and information, and builds the capacity of organizations working to end violence against women and achieve justice for survivors.”