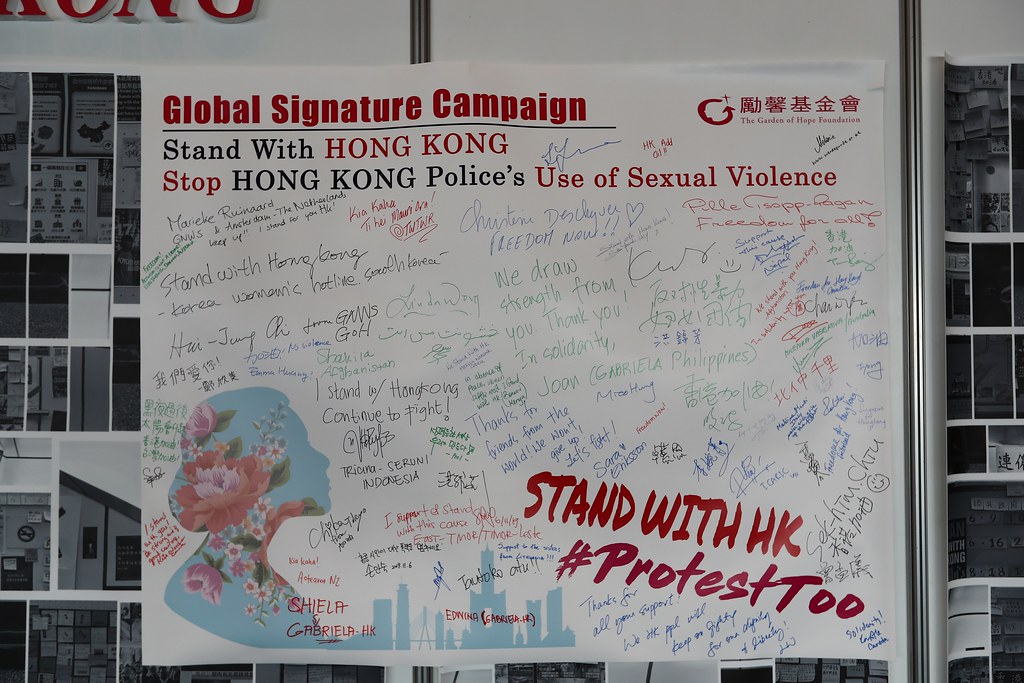 On the second day of the 4th World Conference of Women’s Shelters (4WCWS), opinion leaders from different countries joined together to show their full support for Hong Kong’s pro-democracy movement, and denounce gender-based violence committed by the Hong Kong Police during the Anti-Extradition Law Amendment Bill Movement.

Linda S.Y. Wong and Jacey Kan from the Association Concerning Sexual Violence Against Women (ACSVAW) described a recent anti-ELAB #MeToo rally in Hong Kong, and played a video of female protesters recalling painful experiences of being strip-searched by police. Lawyers are questioning the police’s motive in conducting strip-searches, since the detainees were not involved with drugs or other prohibited items.

In the name of law enforcement, the Hong Kong Police is using sexual violence as an instrument of intimidation, stated Wong. They intend to silence women through sexual shame and humiliation, which violate a woman’s right to bodily autonomy, as well as obstruct every individual’s right to lawful assembly, she added.

Chairperson of the Global Network of Women’s Shelters Chi Hui-Jung, CEO of Korea Women’s Hot Line Mikyoung Ko, co-founder of DRC shelter City of Joy Christine Schuler Deschryver, and several representatives from Japan all showed their support by signing ACSVAW’s petition and denouncing the use of sexual violence by Hong Kong law enforcers.

Sign the petition in support of an investigation into sexual harassment and assault by the Hong Kong police here.