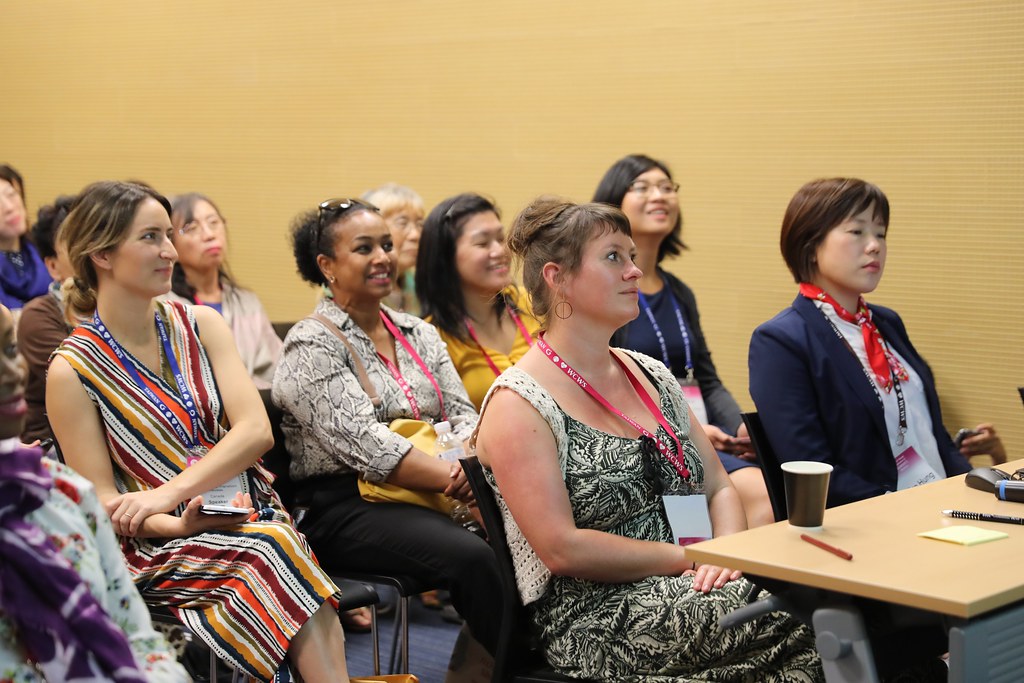 The 4WCWS workshop “The Orange House evaluated: how does the systemic approach in open shelters work?” shared research conducted from 2017 through 2019 on the innovative Dutch Orange House Approach, which provides shelter and care in a safe, but open and visible setting. The Orange House Approach developed by the Amsterdam-based Blijf Groep has completely changed the way in which shelters work with victims of domestic violence and their families, said Essa Reijmers, a senior policy advisor with the non-profit organization. The approach features a new type of women’s shelter and new working methods that are very different from traditional shelters, which were often dark and hidden, explained Reijmers. Although such shelters are open by design, safety of the residents remains the organization’s highest priority, she added. In order to evaluate the program’s impact, Blijf Groep has been conducting research and surveys to monitor all key indicators since 2010. In 2018, the first result of the ongoing study showed that 75% of the women in Orange House-style shelters underwent one or more traumatic incidents as youths, and almost 50% of the children of those women show signs of clinical or subclinical trauma. The data was presented by Katinka Lunnemann, senior researcher and coordinator of the Verwey-Jonker Institute’s Domestic Violence Research program. In addition, a recent survey showed that the number of shelter seekers still experiencing violence has been reduced by half, and the proportion of children and mothers suffering from trauma has significantly dropped along with their need for professional help such as social work or mental health care, said Lunnemann, who is also in charge of the Orange House evaluations. Founded in 1974, Blijf Groep currently operates 42 crisis shelters, 5 emergency beds, 2 high-security locations, and 125 supported living locations in various forms, including 7 reserved for male shelter seekers, in the Netherlands. The nonprofit has assisted over 3,500 victims through its extensive support network and the Orange House Approach.
You are using an outdated browser
For a better experience using this site, please upgrade to a modern web browser.