Virtual tour of shelter in Singapore 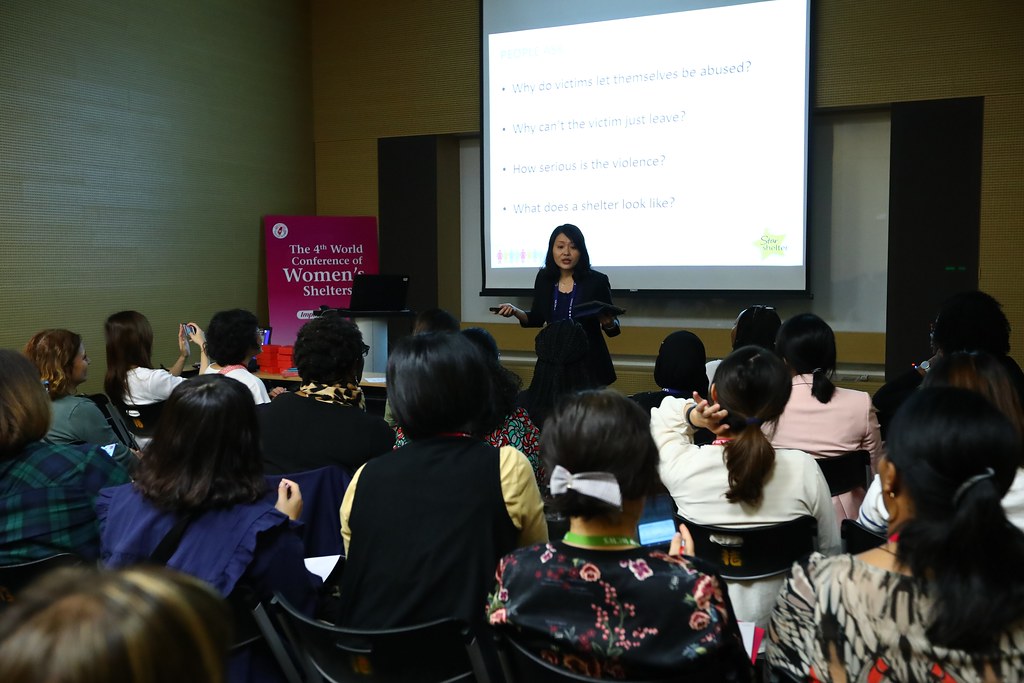 Lim introduced the Star Shelter at the 4WCWS workshop with a topic called "Walk in Her Stride." The registered charity with IPC status has been in operation since March 1999, serving about 120 women and their children annually. With a maximum capacity of 30 beds, it is the only non-religious women's crisis center in Singapore.

She explained that the shelter is a temporary refuge for women and children who are survivors of domestic violence. It is a place where they can heal from the trauma of abuse and be empowered to rebuild their lives free from violence. Lim used the personal tale of Rose, a survivor admitted to the Star Shelter, to lead the attendees to see the shelter through Rose's eyes, and walk in her shoes.