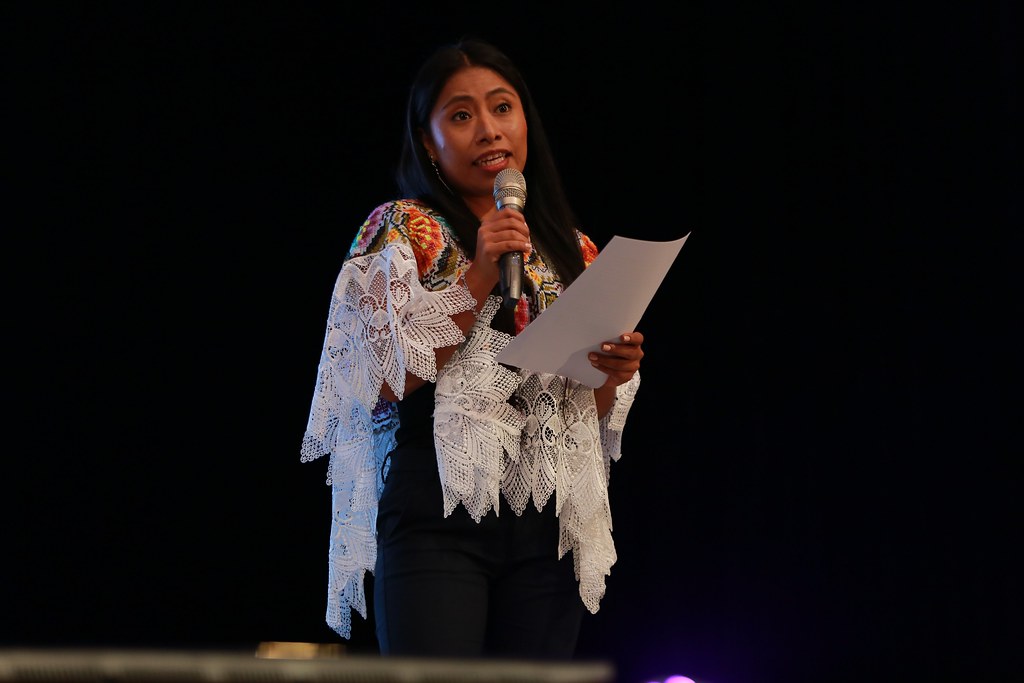 "Allocation is the solution to fighting gender discrimination and it requires teamwork," said Mexican actress Yalitza Aparicio at the second 4WCWS plenary session on Nov. 6. In her speech, she discussed ways of using the arts to stop gender-based violence, prevent sexual harassment in workplaces, change opinions, and even raise funds.

During her 20-minute speech, the Oscar-nominated actress shared her thoughts and personal experiences on gender discrimination, especially in the workplace, as well as how she overcame such challenges.

Aparicio made history as the first indigenous Latin American artist to be nominated for best actress at the Academy Awards this year for her performance in the film "Roma" — in which she speaks in Mixteco, an indigenous language, and in Spanish. In the movie, Aparicio plays Cleo, a nanny and housekeeper for an upper-middle-class family in Mexico City and the story is told through her eyes.

Aparicio, who was named a UNESCO Goodwill Ambassador for Indigenous Peoples last month, also spoke about how being a celebrity helps her use her voice to advocate for women, and stressed that she often shares her experiences and stories as examples to motivate others.

The ideal future for women is one in which we achieve gender equality, stated Aparicio, adding that women should always have the same rights and the same opportunities as men. In the workplace, a future in which women receive just and equal pay and are compensated for their contributions would be a good start.