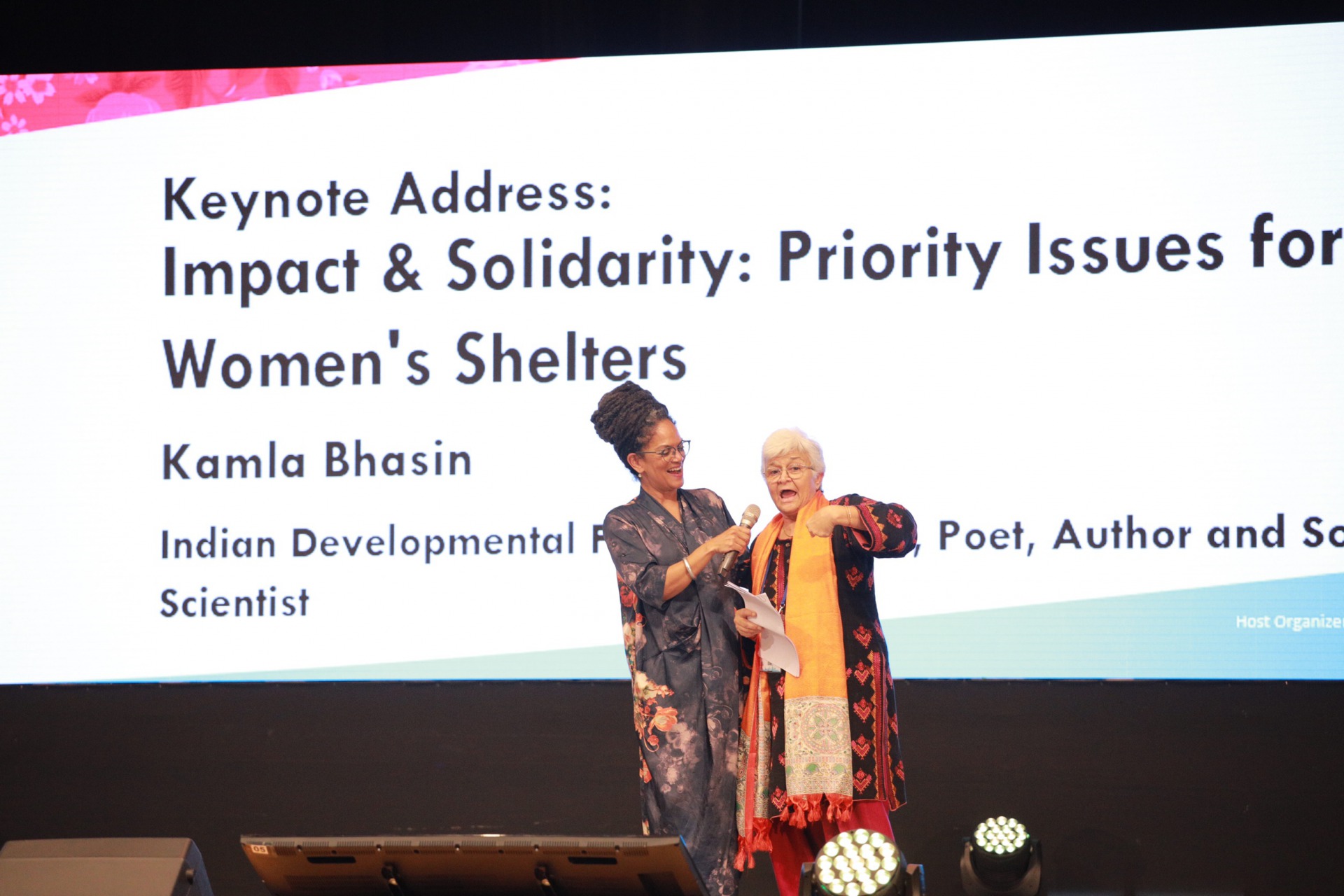 "Thank you, The Garden of Hope Foundation in Taiwan, for bringing this conference to Asia for the first time," declared Kamla Bhasin, a striking figure at the forefront of feminist causes who speaks candidly about gender issues, equality and peace.

Standing in front of an audience from around the world, the 70-year-old feminist praised members of the audience who are "survivors, supporters of survivors, drivers, and transformers" for gathering together, adding that female solidarity will make an impact by making feminine voices heard.

As part of the 4WCWS opening ceremony held in Kaohsiung, the Indian activist delivered a keynote speech themed on impact and solidarity to underscore priority issues facing women's shelters.

During the 20-minute speech, she talked about how impacts our lives. is making lives difficult for also men and children, she added, because this prideful philosophy seeks to dehumanize others.

Bhasin noted that every home should make human beings feel loved and protected. Unfortunately, she said, we are currently living in a patri world where people are violated and insulted, where millions of women have spoken out about their dehumanizing experiences through the #MeToo movement.

"Without solidarity, we will be defeated, as women who are united, we will not be defeated," she stated. Therefore, she urged all audience members to join in solidarity with women, and to stand up for female workers, domestic workers, homemakers, sex workers, and the LGBTQ+ community.

Bhasin, who is associated with the Sangat-A Feminist Network, Jagori Resource and Training Centre, New Delhi, and Jagori Rural Charitable Trust, is the global co-chair of the Bern-based network PeaceWomen Across the Globe. Her main area of work has been networking and campaigning on the behalf of feminist activists.